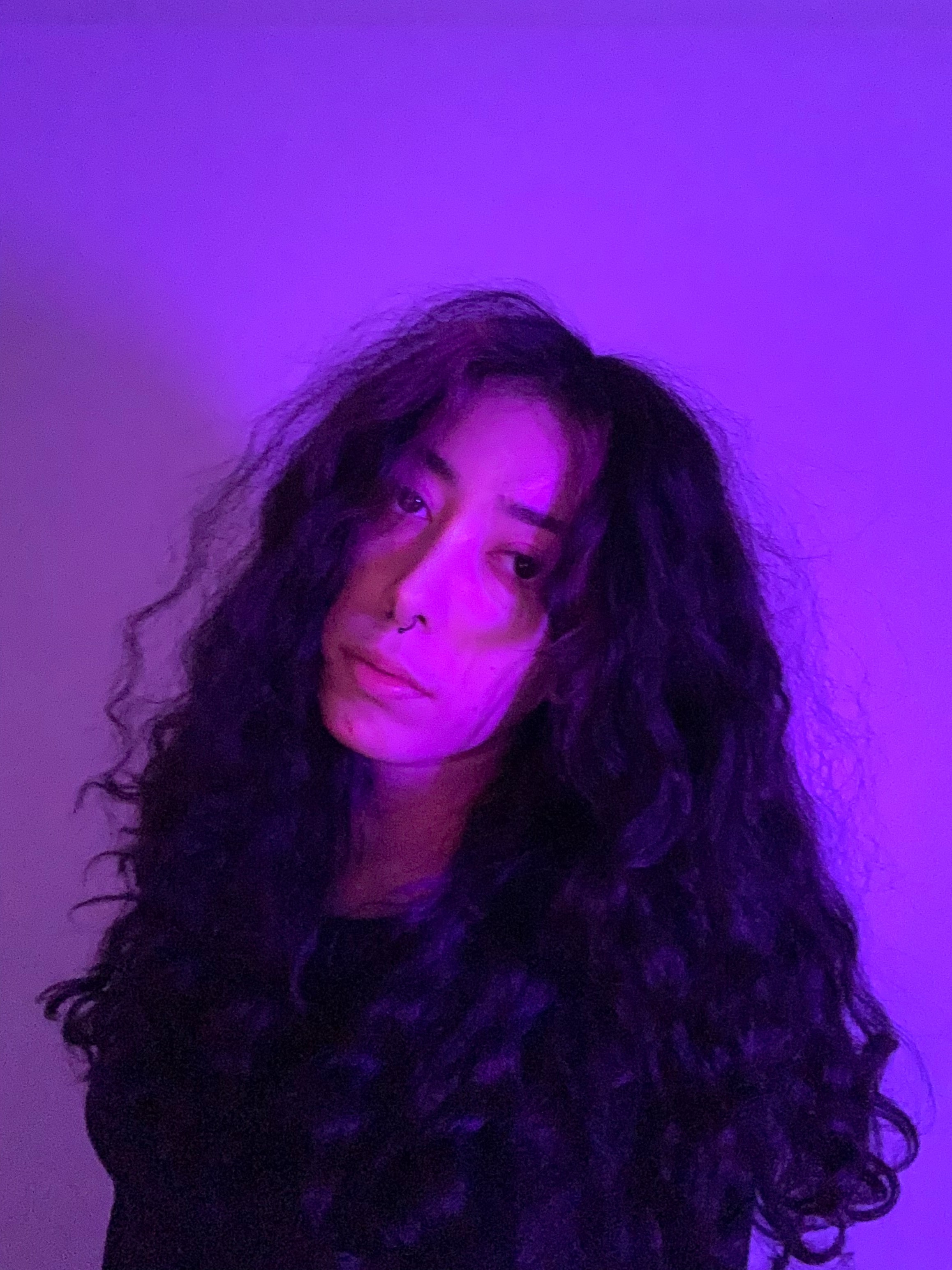 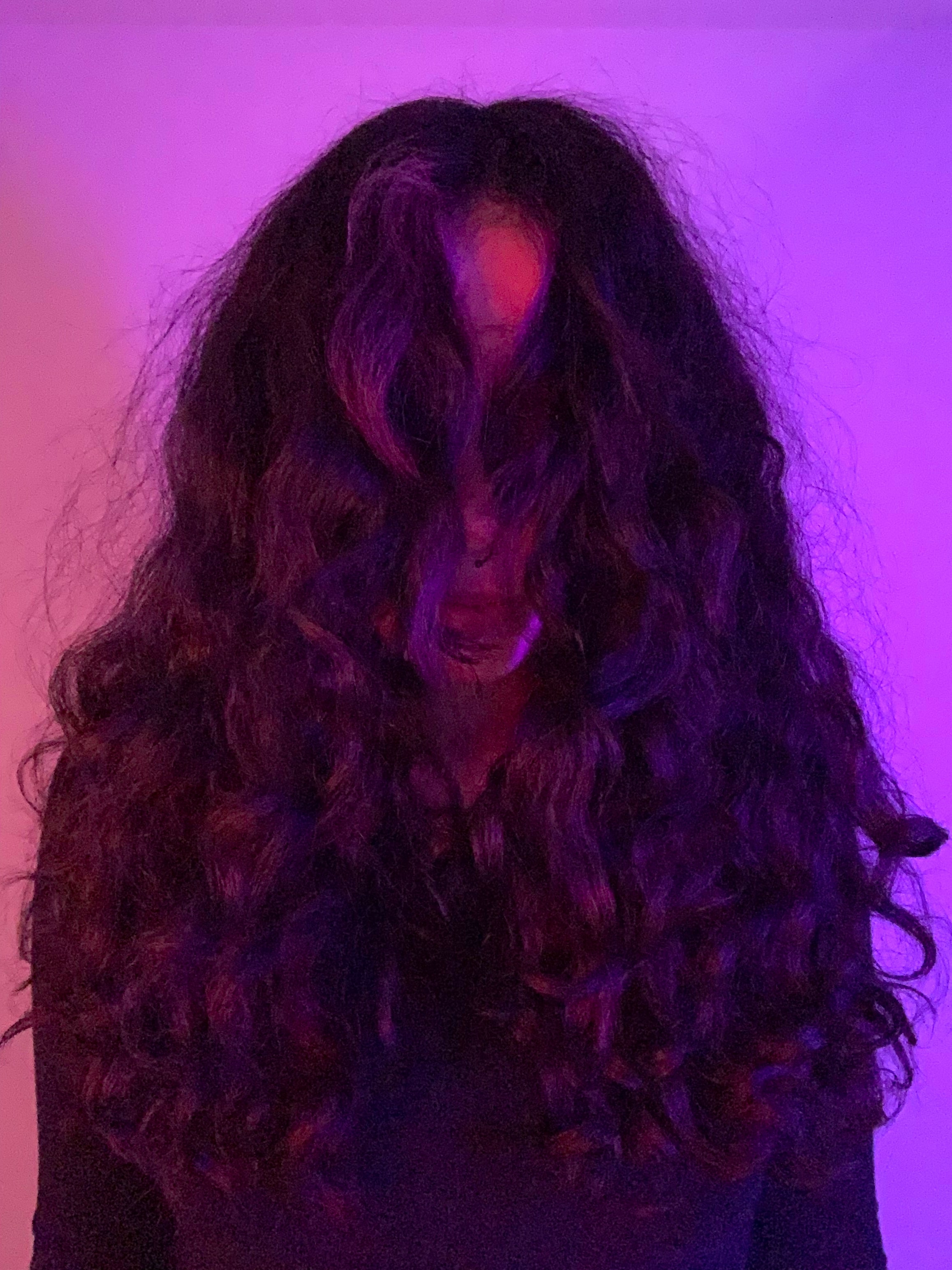 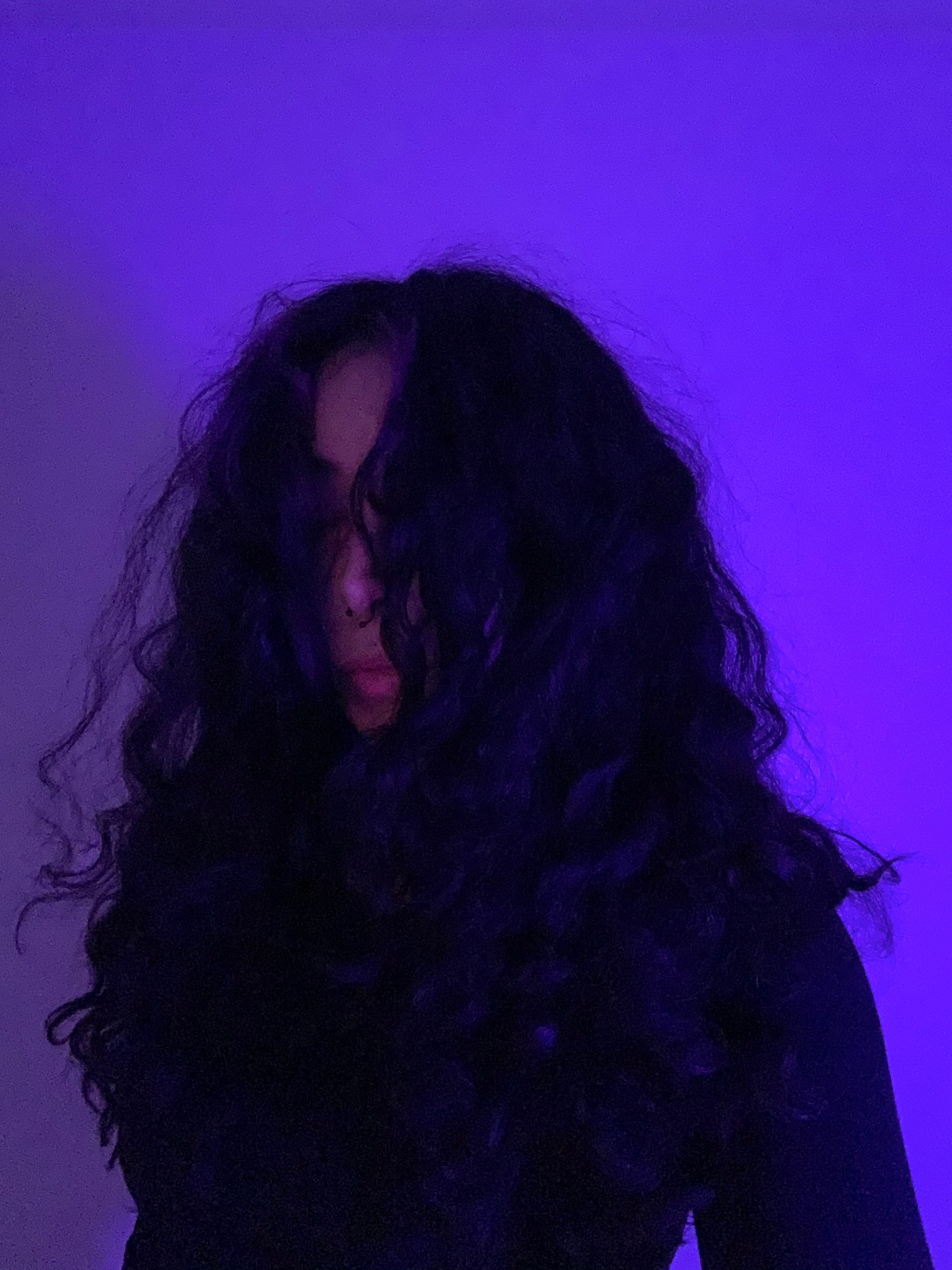 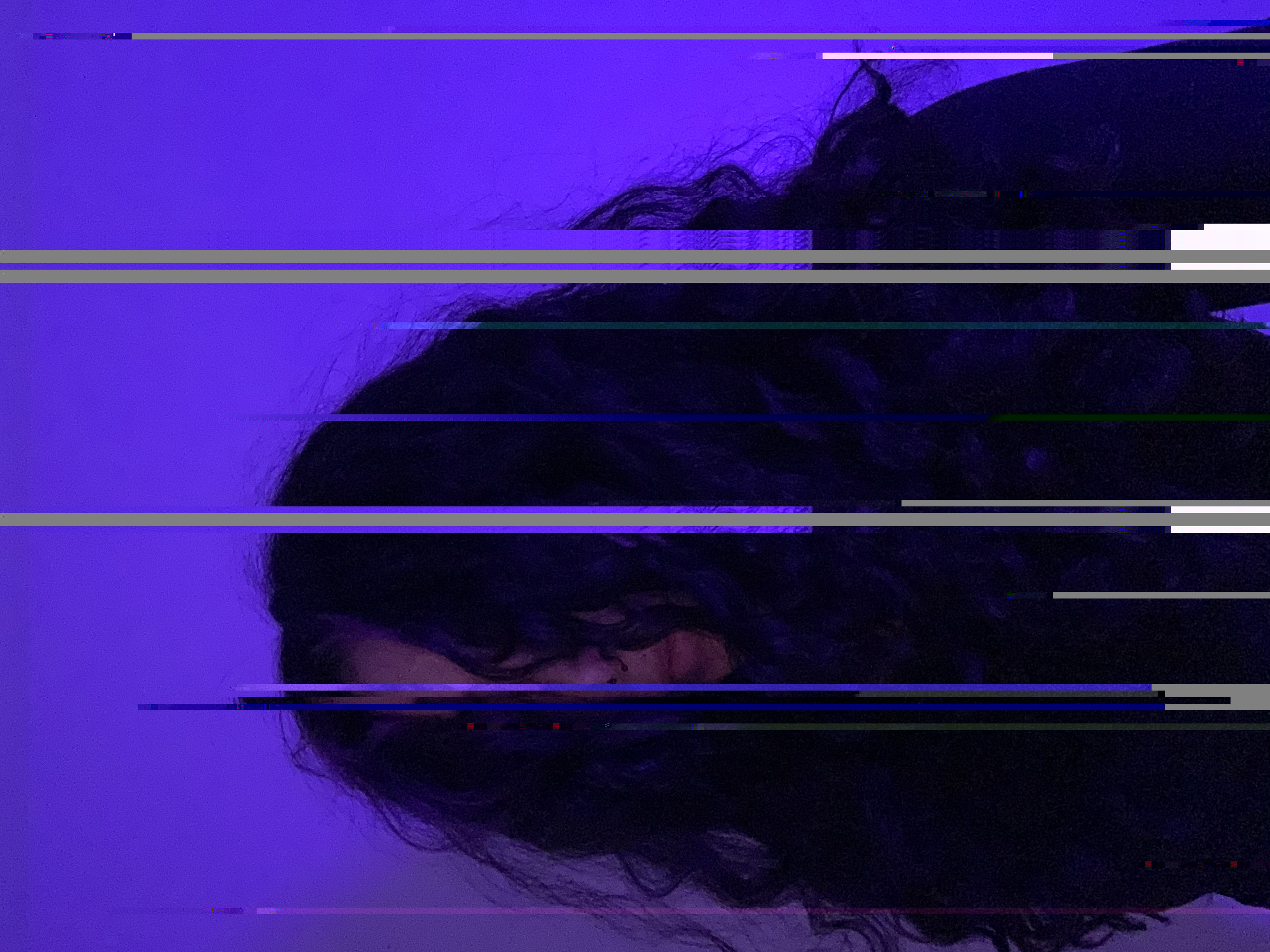 After reading about Cyberfeminism and Glitch Feminism I felt like I found a new way to possibly express myself online. I wanted to create a series of glitched images that are both personal to myself and the current emotional distress I have felt these past couple of weeks while my dear mother stays in the hospital in a different state than myself.


My images incorporate cinematic decisions to illustrate the emotion I want to get across. My hair is a large element in the image, as it is a large portion of my own identity. Since the hair is so large and unruly, it hides my face for two of the images in the series. I have always said “I prefer to work behind the camera” when people ask me if I want a picture of myself. I say this because I genuinely enjoy cinematography, but also because I know I do not fit the ideal beauty standards in society’s eyes. I have trauma from facial reconstruction surgery and a large scar running down my face. I no longer have a clear sense about how others physically perceive me, so creating a glitched body seemed appropriate. The one image with my face visible, I wanted to make sure that element was distorted, just how I see it in my mind.


A question asked by Ben Davis to Legacy Russell (Davis, 2020) in a recent interview regarding her book, Glitch Feminism (2020) and the concept of “Glitch as an anti-body” inspired me to look at the human body in a different way for this Glitch project. Russel describes the concept in her book as:


“Glitch is an anti-body, resisting the body as a coercive social and cultural architecture.”


The idea sparked a question from Davis in regards to recent world events involving the pandemic and how some essential workers are forced to appear in person, risking their lives, and others have the resources and privilege to remain safe showing up to work as a virtual persona.


“How do you balance embracing the liberating possibilities of cyber identity with the realities that some people’s means of survival make those inaccessible?”


The loaded question made me think back to how lucky I am for having the opportunity to express this sort of cyber-freedom. I have created a reality for myself that it is possible to have an entire career online instead of having to show up in person as a body. I work with editing and as an Filmmaker, I hold the power to basically create anything I want online. Others have chosen different paths in life, which is completely normal, however as the world continues to evolve with technologies, so do the livelihoods of billions of people.


Many people had to rapidly switch from zero internet experience to suddenly spending six plus hours in front of the screen. Spending so much time on the internet has opened some minds to new forms of creativity. In some cases the internet has had a negative influence for humans. People can sometimes become obsessed with trends and influencers, which oftentimes places people in a negative headspace after perceiving a falsified image of an “IRL” body. (Tufekci, 2014)


My image series is a self reflection of how my emotions clash during a stressful time in my life as I learn to accept and adapt to the everchanging, unpredictable reality that we live in.